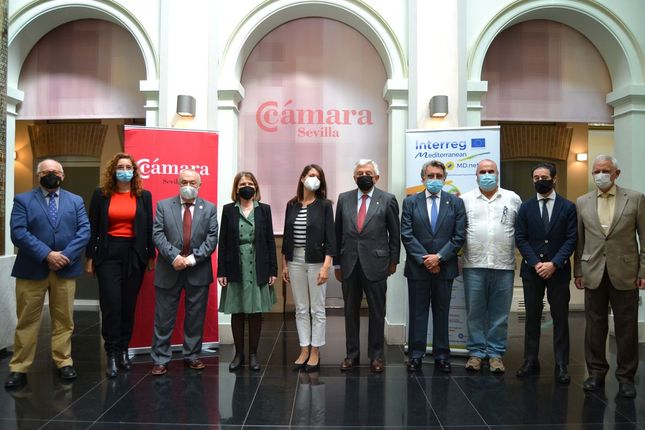 On May 11th, The Seville Chamber of Commerce gathered the most important entities and companies related to Tourism and Gastronomy in a ceremony where the Med Diet Declaration was presented and the some entities were awarded for defending, promoting and preserving the values of the Mediterranean Diet.

The Seville Chamber of Commerce has brought together experts related to Andalusian and Mediterranean Gastronomy, Tourism and Hospitality, as well as representatives of Prodetur, Seville Tourism, the Sevillian Academy of Gastronomy and Tourism, the Association of Hotels and Hospitality of Seville, Landaluz and the Sevillian Association of Tourist Companies, to present the Med Diet Declaration and deliver awards to companies, entities and professionals who, through their different fields of work, represent and promote the values of our diet.

This Forum is framed within the activities of the European project "MD.net", of which the Seville Chamber of Commerce is partner along with 12 other institutions from different European countries in the Mediterranean region.The Chamber showed its interest in promoting the gastronomy of Seville and its province as a key part of their business and economic development. The objective is to value the Mediterranean Diet as an essential element of gastronomy and its incidence in economic sectors such as agriculture, tourism, but also in health, culture, rural development and sustainability.

During the ceremony, the Chamber recognized the work of Dr. Isabel González Turmo, the nutritionist Dr. Antonio Escribano Zafra, the Regulatory Council of the PGI Aceituna Manzanilla y Gordal, the journalist and editor of Gurmé Sevilla - Isabel Aguilar, “La Pescadería” Restaurant, Abantal Restaurant (which ows a Michelin star) and the Sevillian Academy of Gastronomy and Tourism; for defending, promoting and preserving the values of the Mediterranean Diet Declaration.

Julio Moreno Ventas, as awarded and President of the Sevillian Academy of Gastronomy and Tourism, has insisted on the importance of highlighting the Gastronomy of Seville and the richness of its products. He pointed out the need to promote the tapas culture as a model of coexistence and give value to the producers and Sevillian products in the restaurant menus; such as rice from the marsh, the wines of Seville, its Iberian products, cheeses, convents' sweets, honey, jams or bread; among many others.

On the other hand, Dr. Isabel González Turmo, professor at the University of Seville and writer of the document that was presented for the appointment of the Mediterranean Diet as Intangible Cultural Heritage of Humanity (UNESCO), showed her joy at taking up this important speech that values agriculture, fishing, tourism and gastronomy.

Subsequently, Dr. Antonio Escribano, renowned sports nutritionist, assured that "the Mediterranean diet is the best for health and for sports." He ensured that the consumption of Mediterranean food promotes better health at all levels, a greater brain capacity, improves mood and delays aging.

Another awarded was the Regulatory Council of Protected Geographical Indications of Manzanilla and Gordal Olives of Seville, whose president, Juan Luis Oropesa has thanked the recognition that he has wanted to extend to the 3,5000 olive families of the province of Seville dedicated to the production of the 46 million kilos of "Manzanilla" and "Gordal" that are produced each year in the province of Seville.

Isabel Aguilar, journalist and head of the GURMÉ supplement belonging to the newspaper ABC de Sevilla, thanked the recognition. She said "from ABC we believed in the need for our gastronomy to have its own portal to publicize and promote the products of Seville, thus defending the best of our land".

Finally, both Julio Fernández Co-owner and Chef of Abantal Restaurant, as well as Antonio Rivero Mayorga, owner and Chef of the 'La Pescadería' Restaurant have thanked the recognitions and have insisted on the “importance of promoting the wealth that our land has, those that give flavor and authenticity to recipes and our dishes"

You can watch the full ceremony in our Youtube Channel https://www.youtube.com/watch?v=tglduW-gVG0 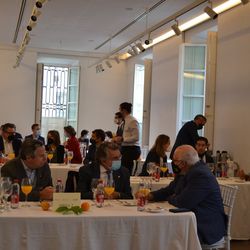 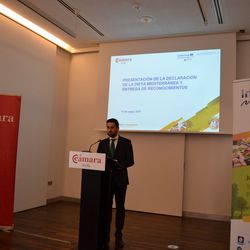 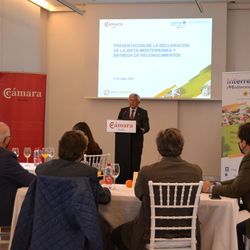 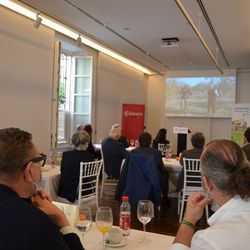 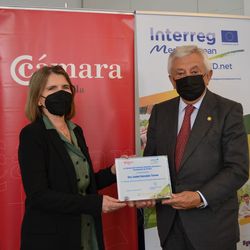 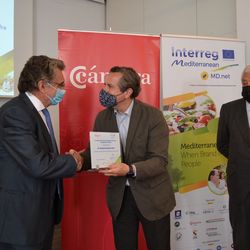 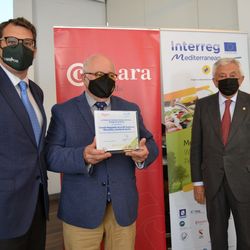 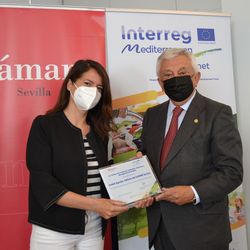 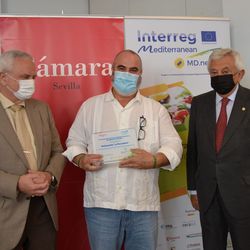 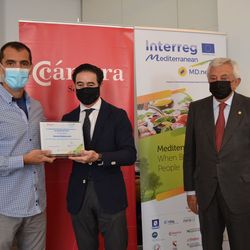 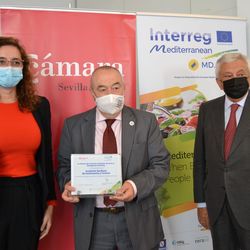 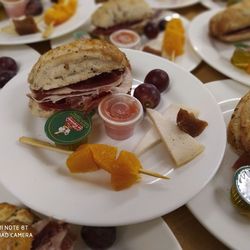