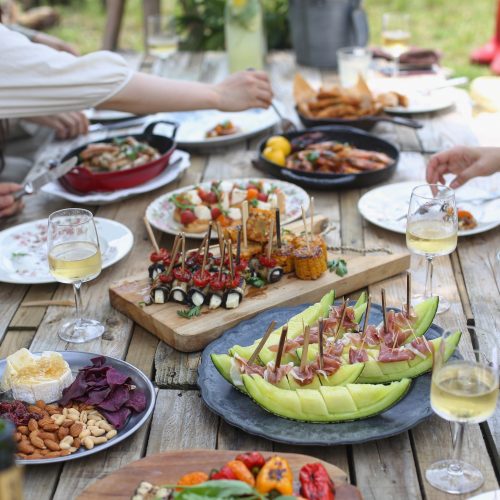 On World Health Day and under the slogan “Building a fairer and healthier world”, the World Health Organization this year emphasizes the inequalities that exist and that condemn the poorest populations to disease.

The Mediterranean Diet Foundation joins the WHO initiative and encourages countries and governments to fight to end these inequalities so that we can all come out of this health crisis together, with the same opportunities.

World Health Day is a good time to remember the importance of maintaining a healthy and balanced diet such as the Mediterranean Diet, based on seasonal and local products, recommended by the WHO. It is important to inform, increase awareness, and educate the population in the care of healthy habits from childhood. Scientific evidence has demonstrated the protective effect of the Mediterranean Diet on health, since the consumption of Mediterranean foods with greater anti-inflammatory and antioxidant effects achieve greater protection against cardiovascular diseases and other chronic pathologies in which inflammation plays a role, such as diabetes, cancer, depression, cognitive decline, and Alzheimer disease.

The traditional Mediterranean Diet is characterized by: 1) Use of abundant olive oil both for cooking and for dressing dishes; 2) Abundant consumption of plant foods such as fruit, vegetables, legumes, cereals, nuts and seeds; 3) Frequent but moderate consumption of wine always with meals; 4) Moderate consumption of fish, shellfish, fermented dairy products (yogurt and fresh cheese), chicken and eggs; and 5) Low consumption of red meat, meat products, and sweets.

To better explain both its components and its frequency of consumption, the Mediterranean Diet pyramid is used, so that the foods that should be eaten more frequently are at the bottom and those that should be eaten less frequently are at the top. In the Mediterranean Diet nothing is forbidden, since it is made up of a wide variety of products and that each of them consumed in the indicated proportions and frequencies, providing great health benefits.